To and From Austin in Under 40 Hours

This was easily one of the weirdest (but most fun) trips I’ve ever taken, featuring a concert at 38.000 ft, a crown prince, and a punkrock band…

For this year’s SXSW conference SAS arranged a special direct flight from Stockholm to Austin. A frequent flyer friend noticed that it was possible to book this trip for about 1500 kr ($183). The only catch was that we had to fly back on the same plane, which meant we would only have 2 hours in Austin. Things escalated quickly, and in the end we were a group of about 40 or 50 Swedish “frequent flyers” that were all doing this marathon journey. 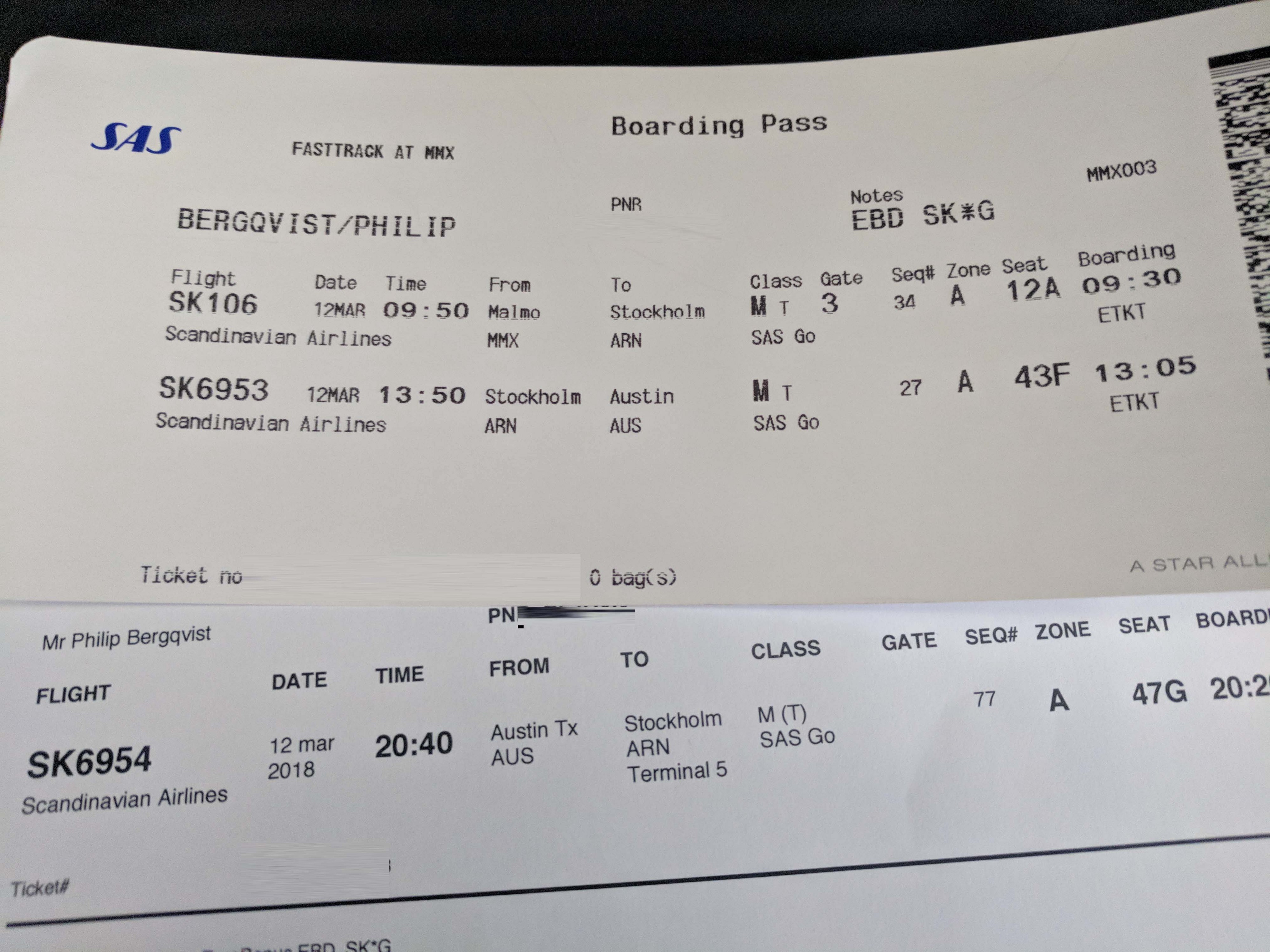 Since this was a very special flight organized by SAS we were treated with a red carpet at Stockholm Arlanda airport, followed by crew photos, and light refreshments before boarding started. 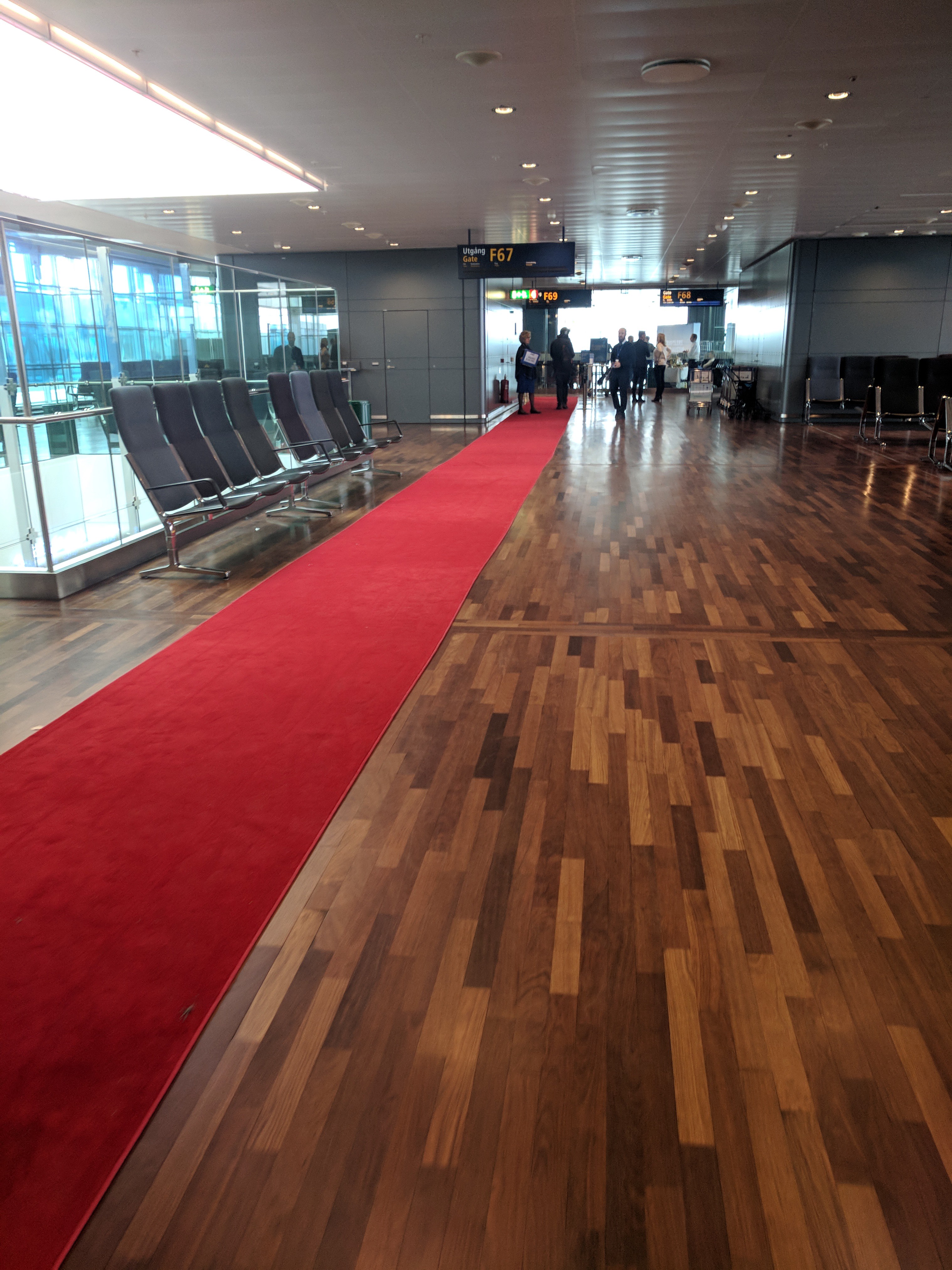 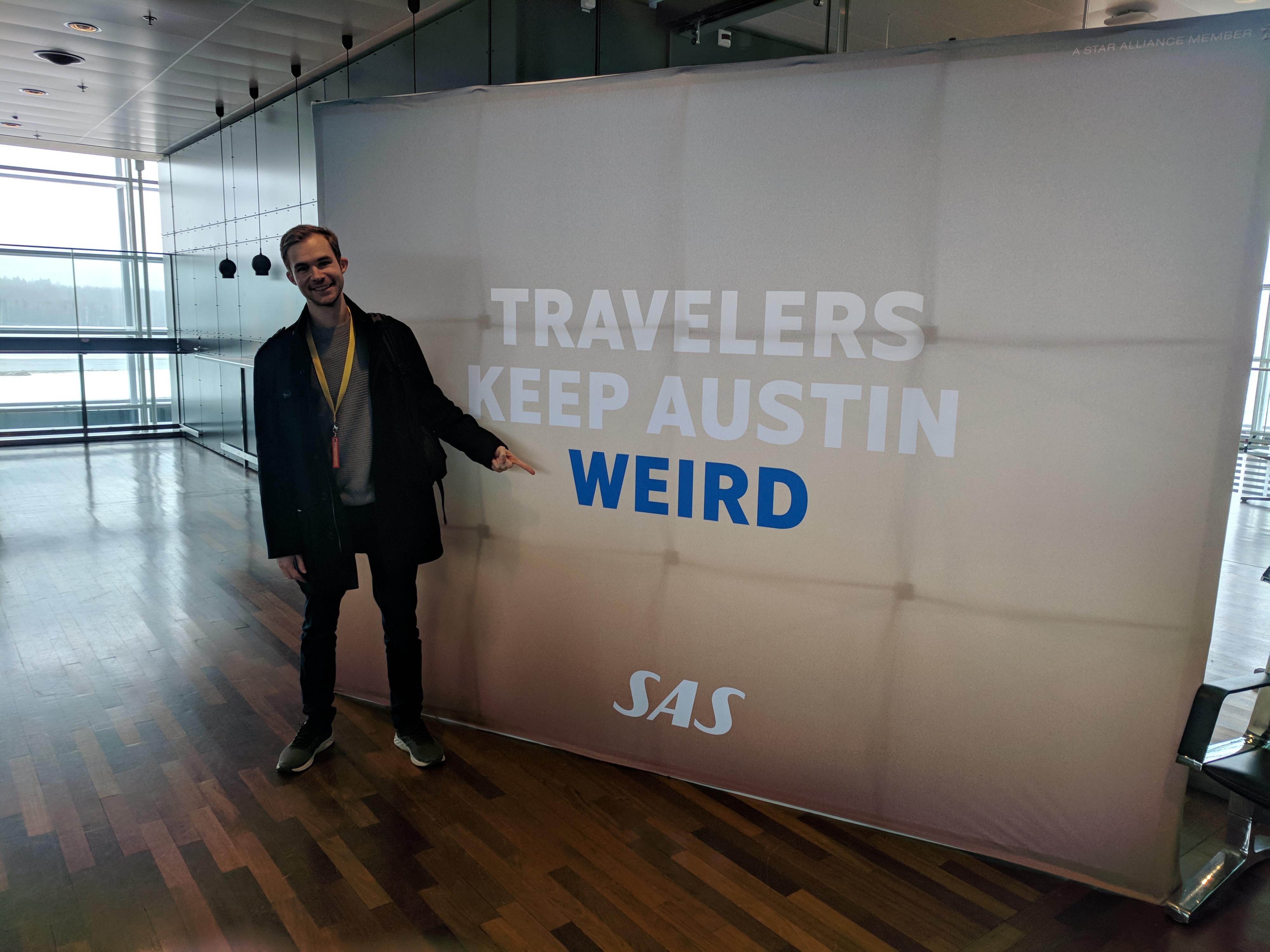 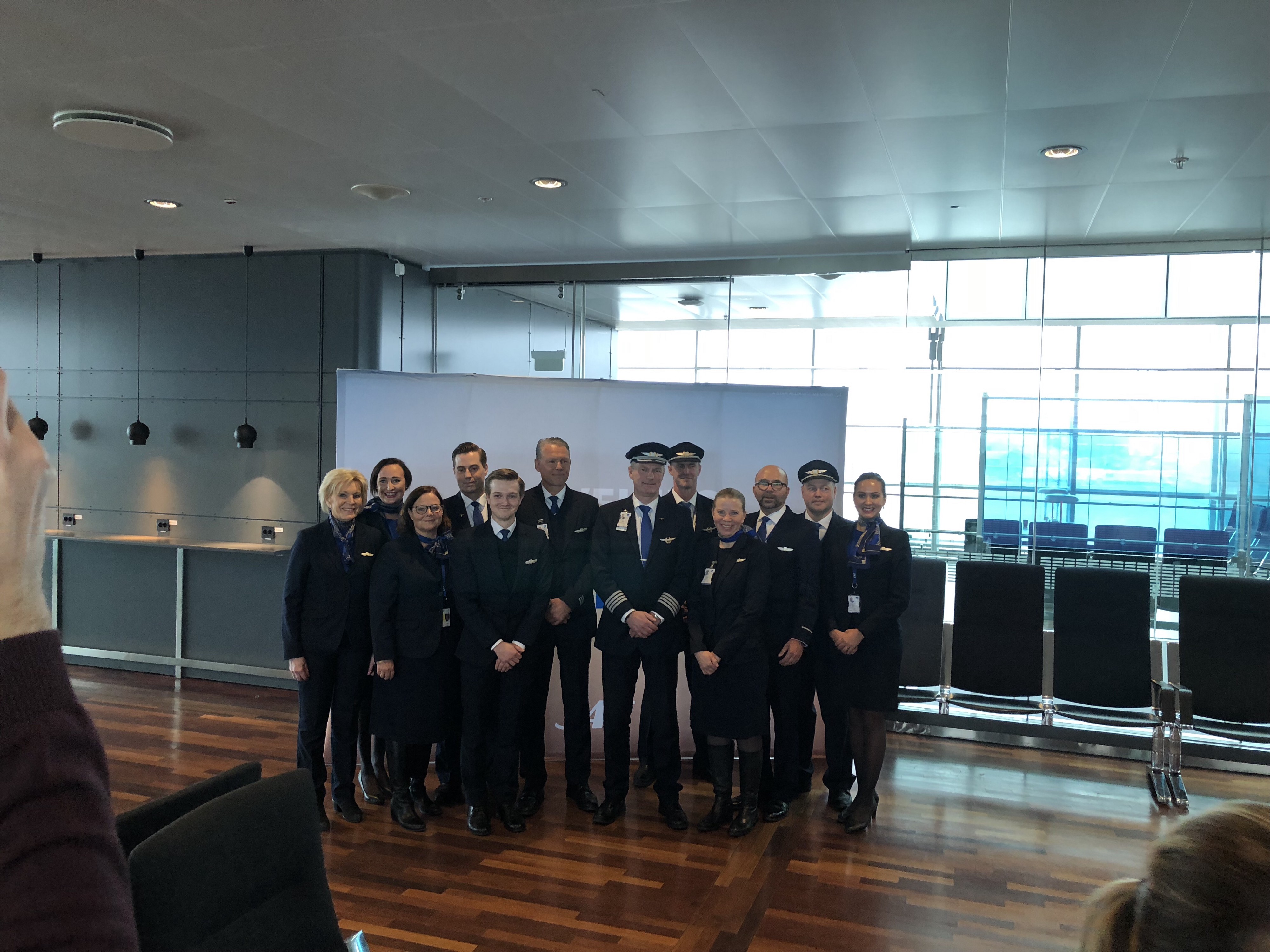 Once we were on our way we enjoyed plenty of beverages and mingled with the other people onboard. Most of us were flying in Economy class, but one of the perks of being a EuroBonus Diamond member is that you get free drinks, regardless of booking class. Unfortunately the cabin crew informed us that the “bar had closed” after only 3 hours in the air. I guess there were just too many of us… 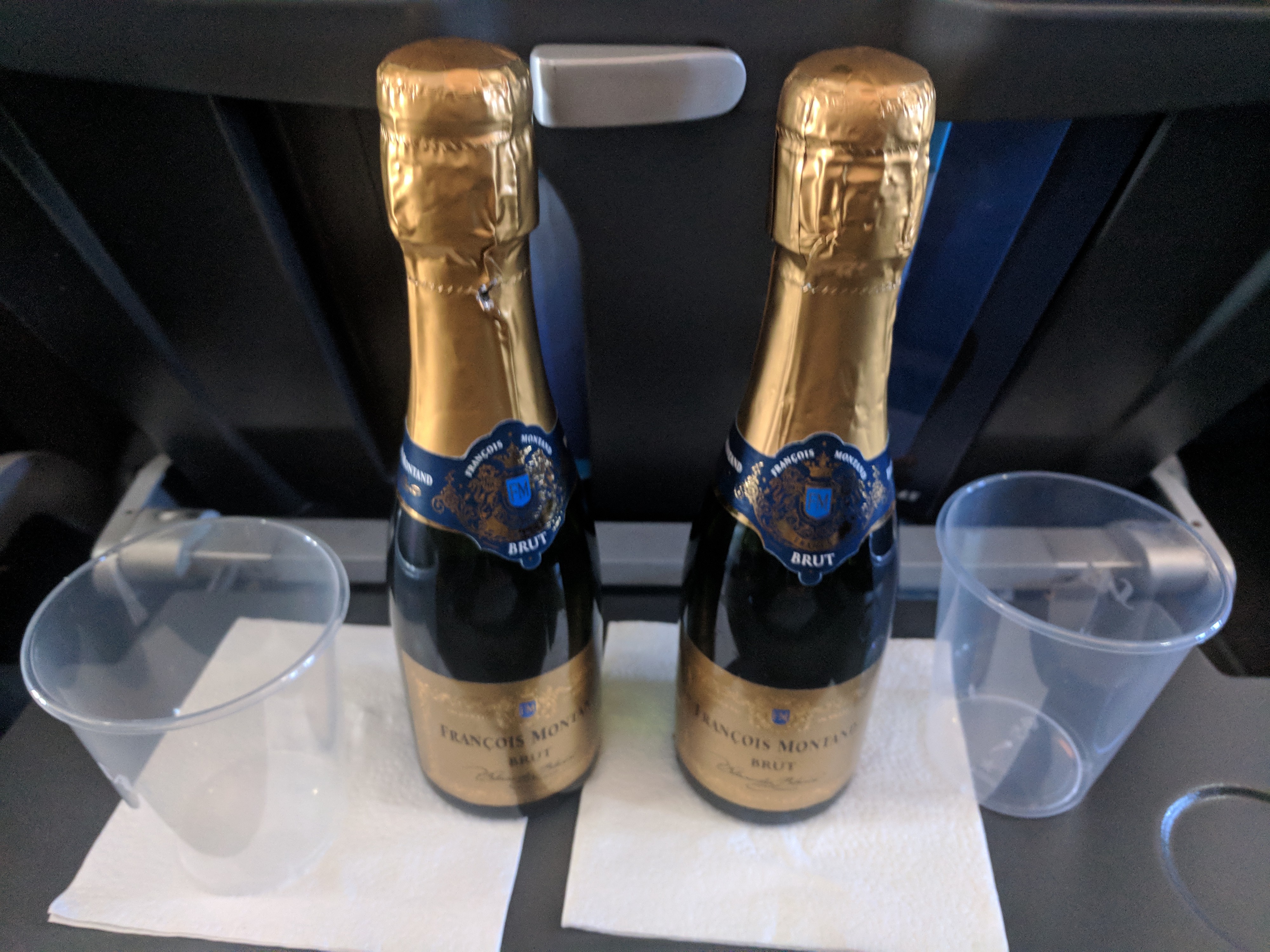 The entire flight felt like a night out with friends at the bar. We mingled, talked with crew, and had a great time. Most notably, there was also a punk rock band called “ShitKid” onboard who were traveling to Austin to perform a SXSW. This group was quite wild, but definitely made the flight one to remember. Let’s just say, what happened on SK6953 stays on SK6953…

To make things even more interesting, the Swedish singer Kim Cesarion was onboard and would be premiering his new single “Call On Me” live on the flight to Austin. This was definitely a first for me. After the first meal service, the cabin crew hooked up speakers throughout the plane, the band set up their equipment, the cabin lights dimmed, and we had an actual concert at 38.000 ft. 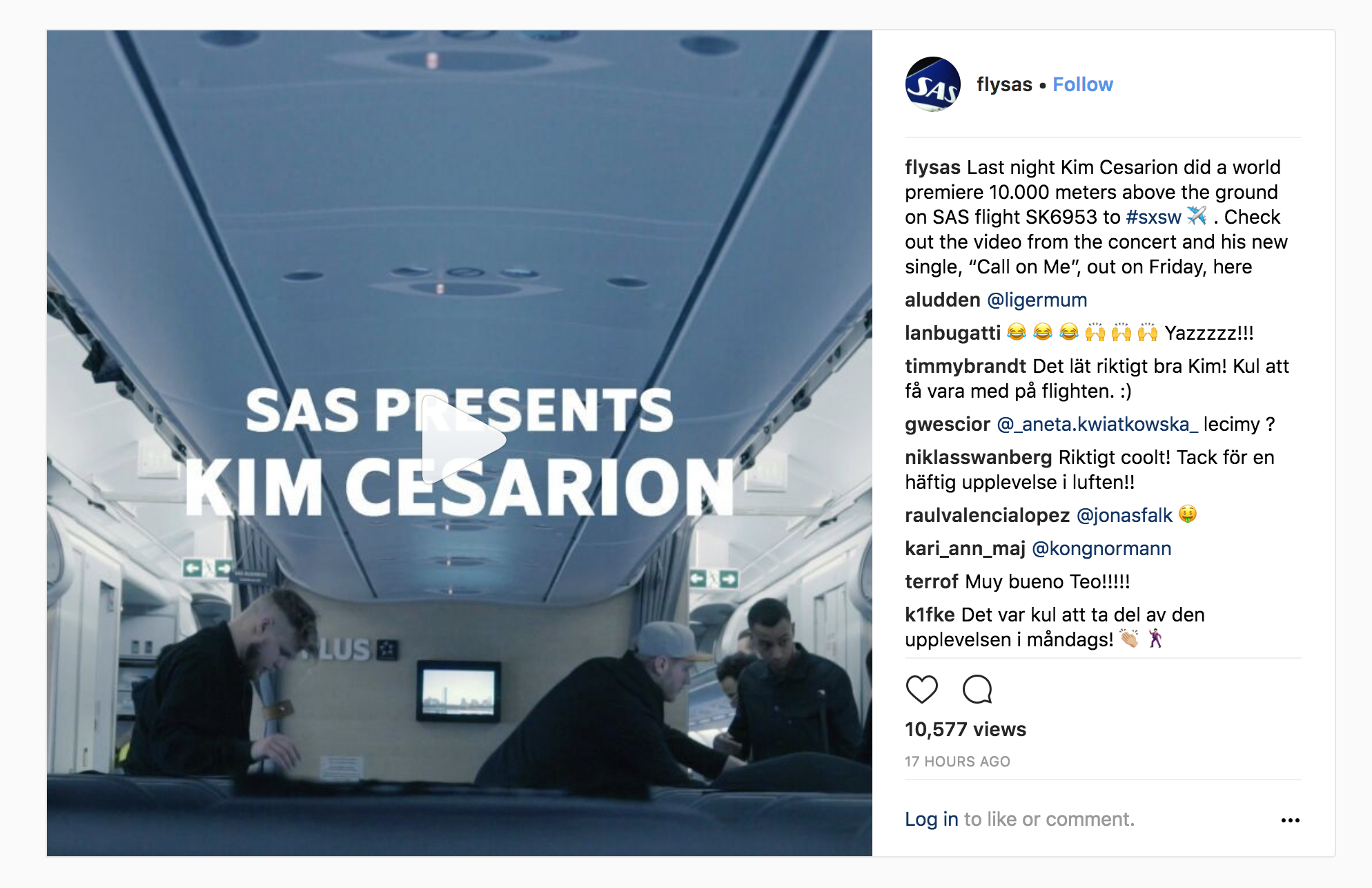 The pilot had also informed the crew that it was “OK” if everyone congregated towards the front of the plane where the music was playing. Due to our cruising speed and altitude this would not affect the plane’s flight pattern. 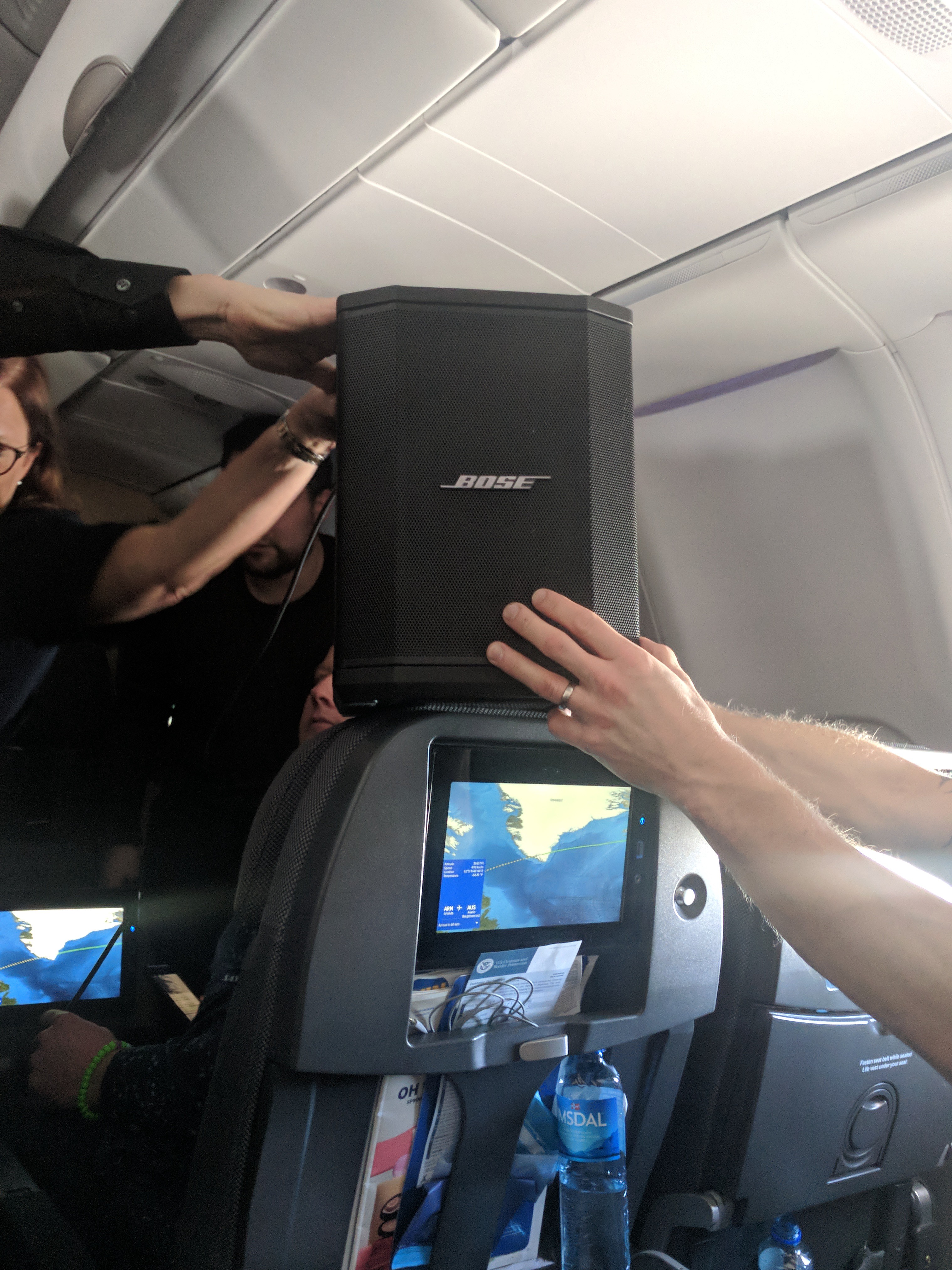 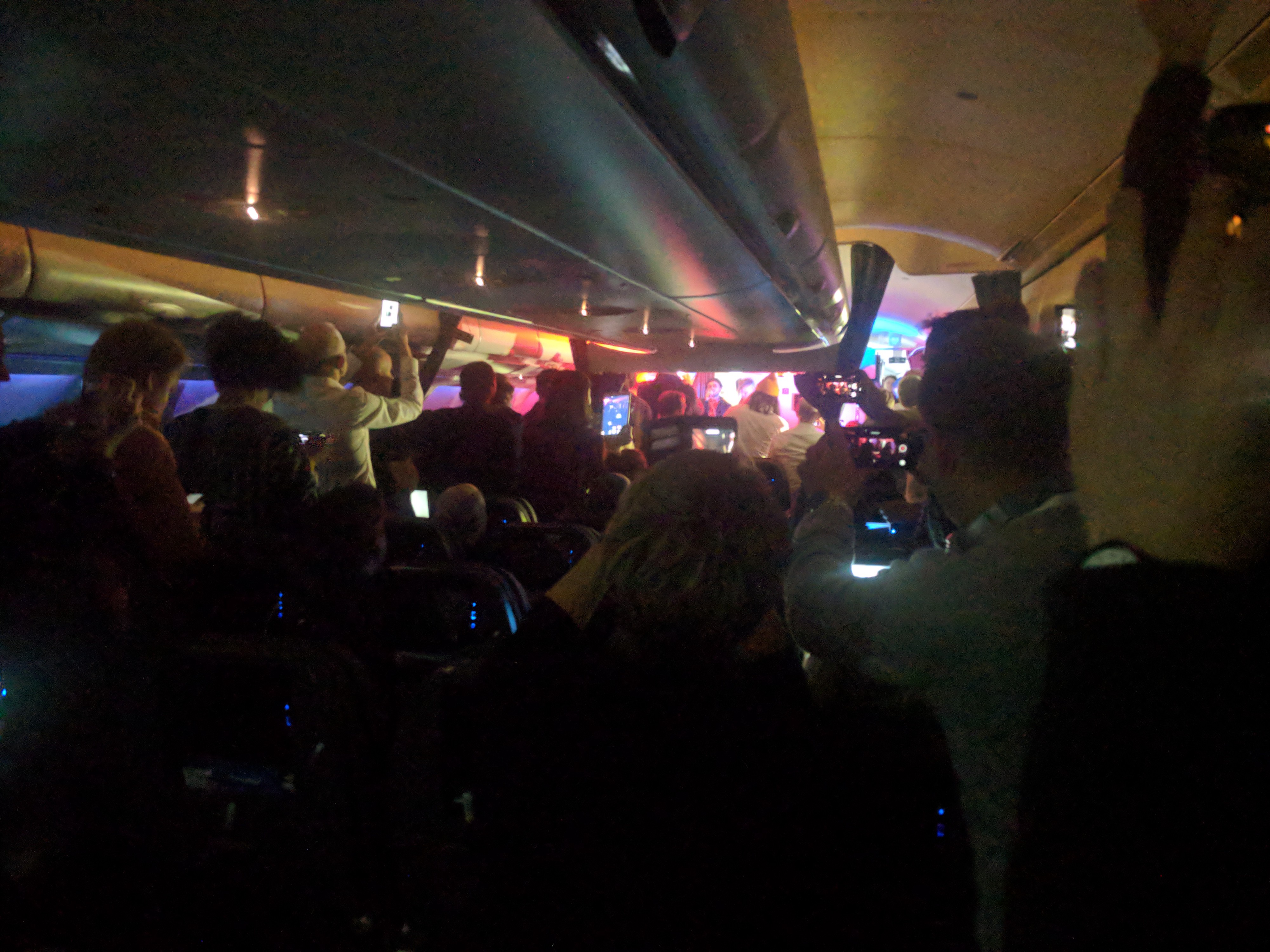 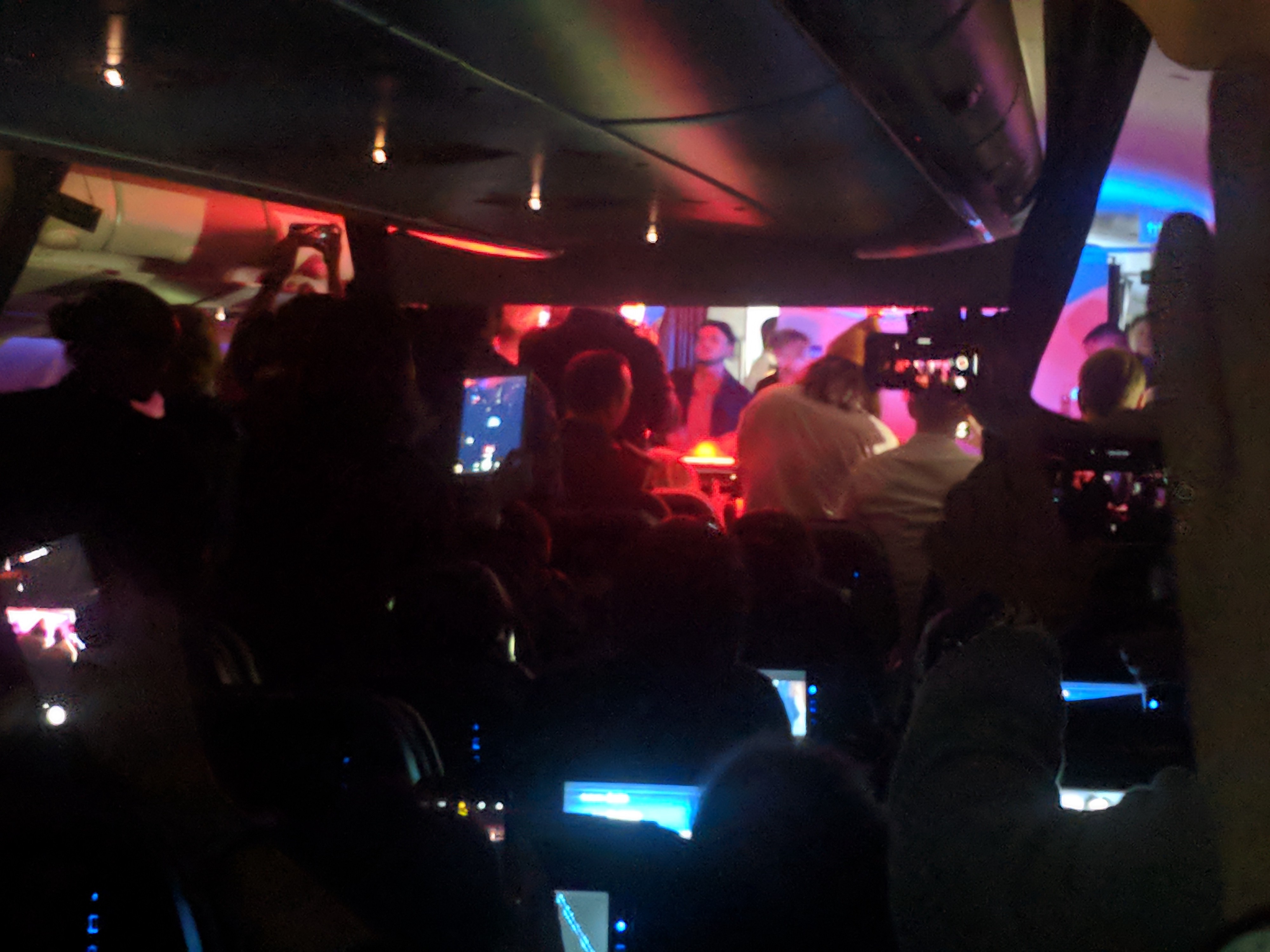 Even more bizarre was that we later found out that the Norwegian Crown Prince was onboard the flight. We saw his “right hand” parade proudly down the aisle a couple of times, dressed in his official parade uniform. 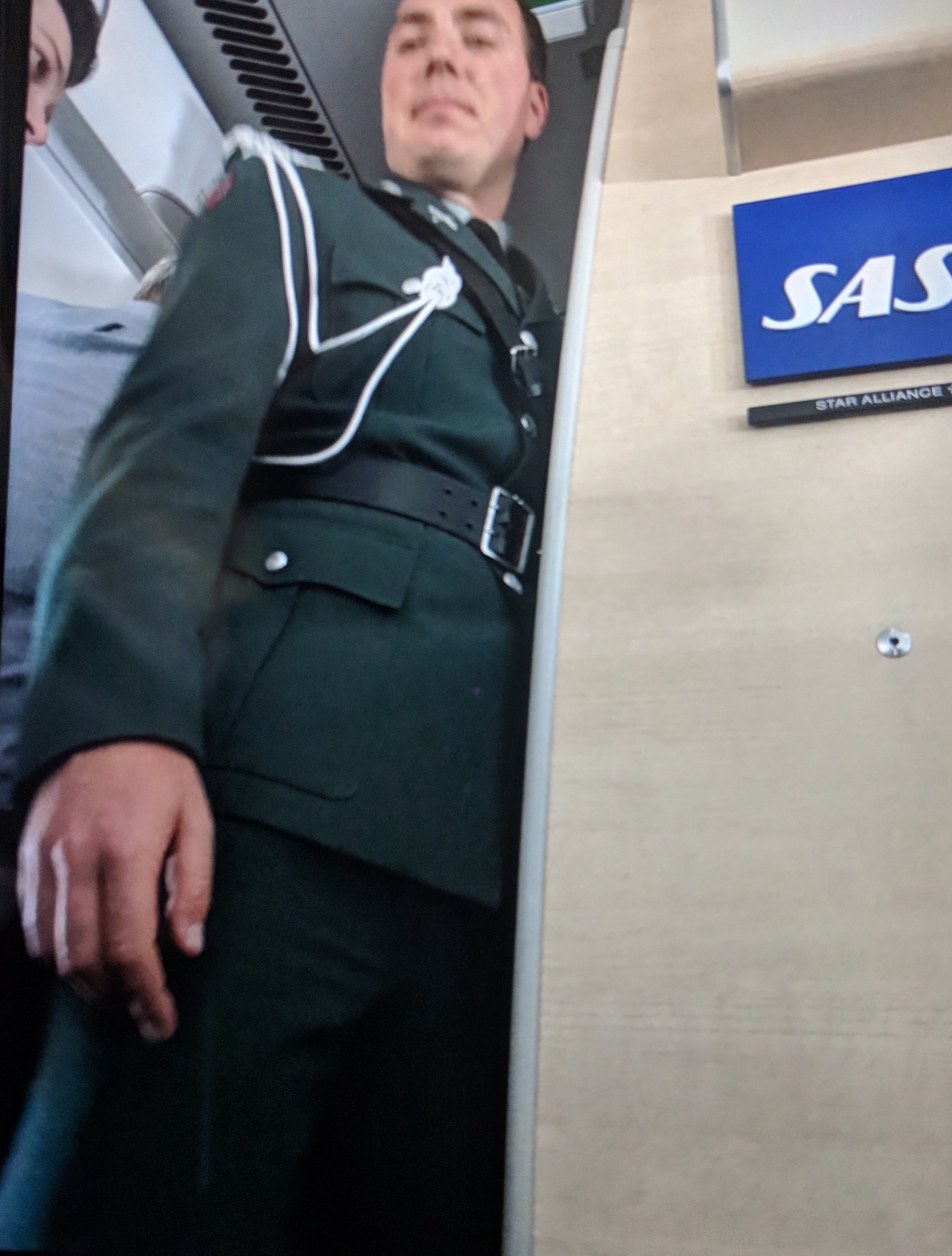 After what felt like a very quick flight we arrived in Austin. We quickly cleared immigration (who just laughed at us for flying all the way to Austin for a 2 hour layover). 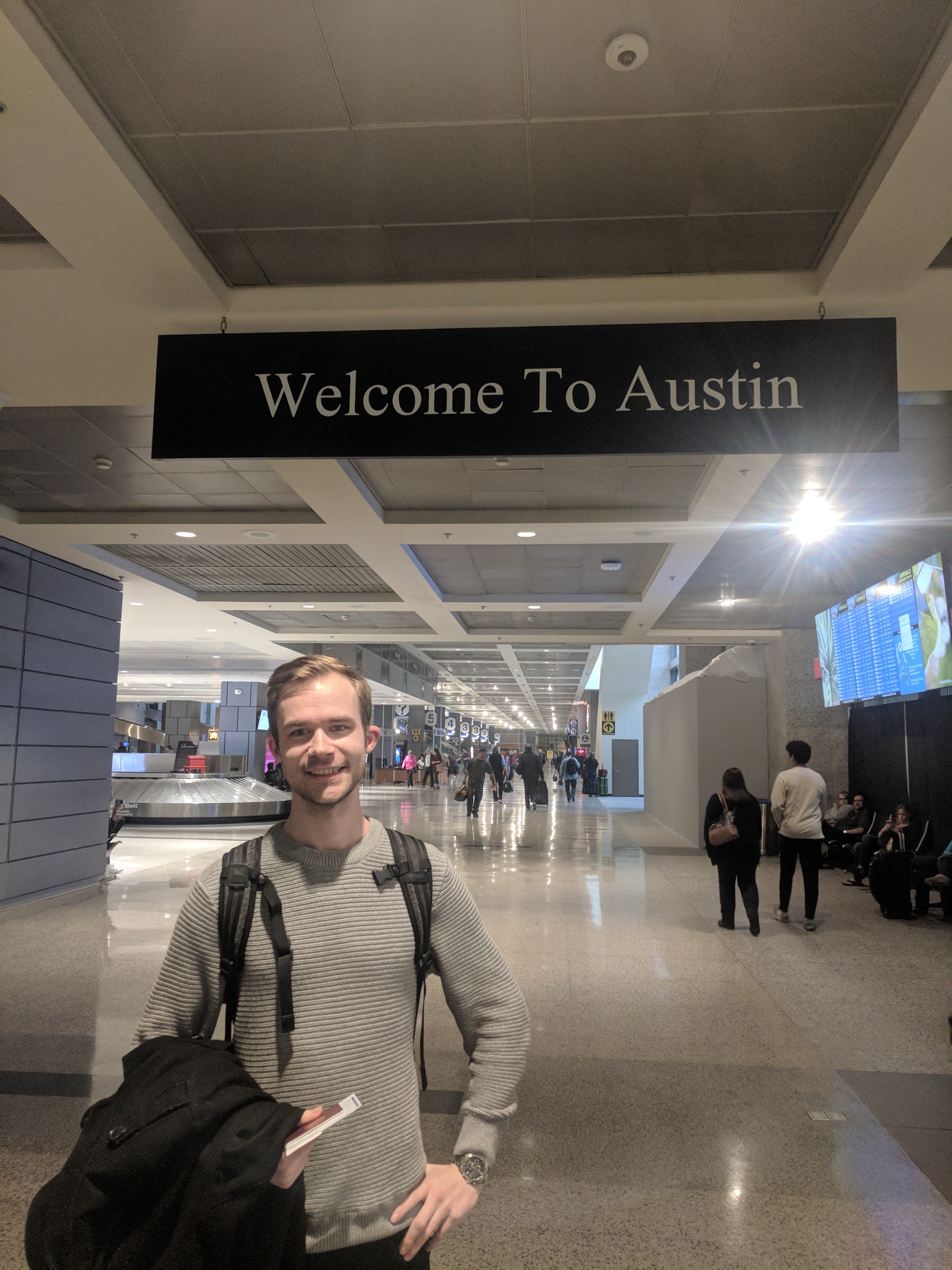 Once out, we snapped some photos and quickly made our way back into the airport. Luckily this went quick and we had a chance to grab some BBQ inside the airport. 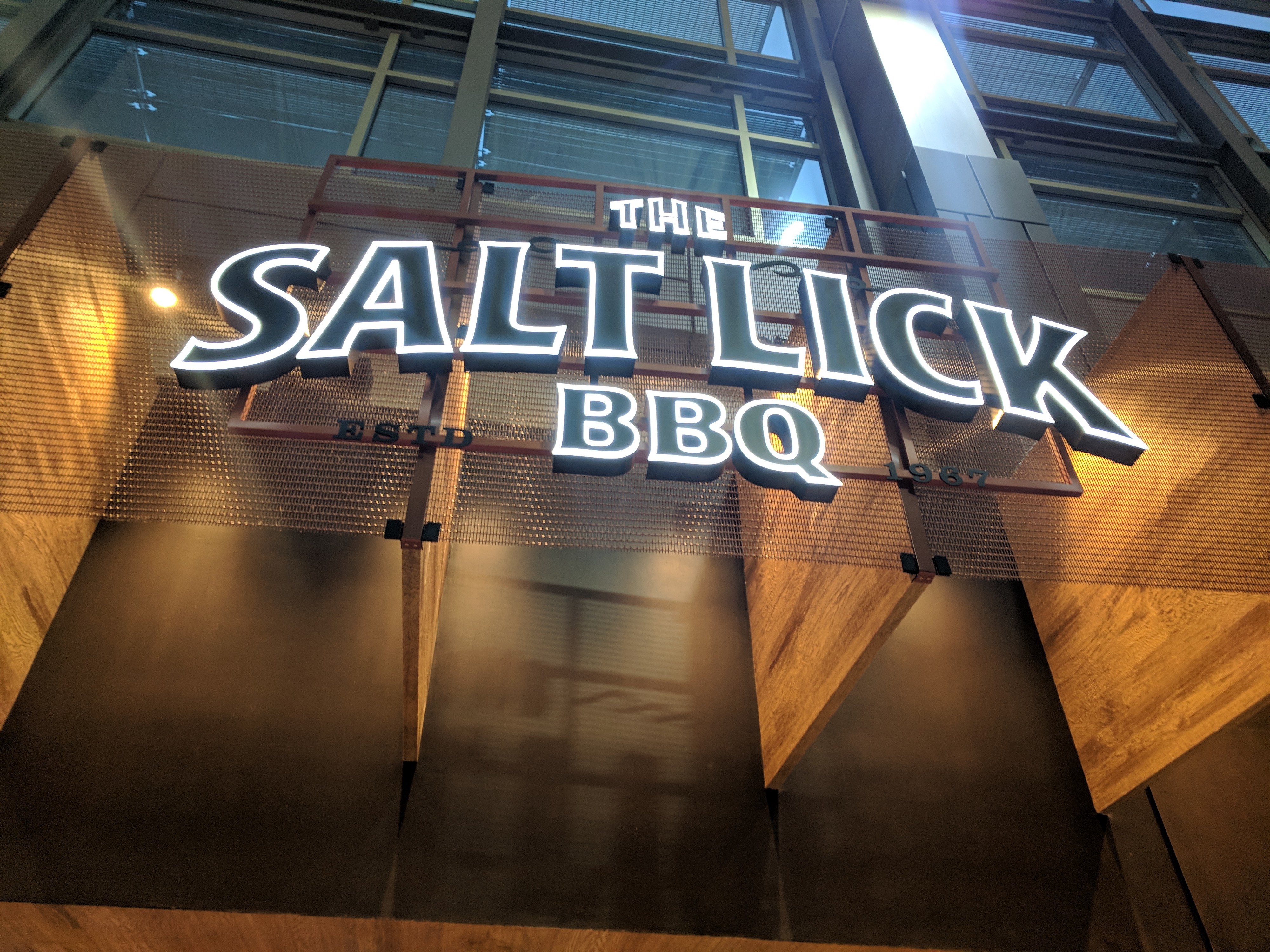 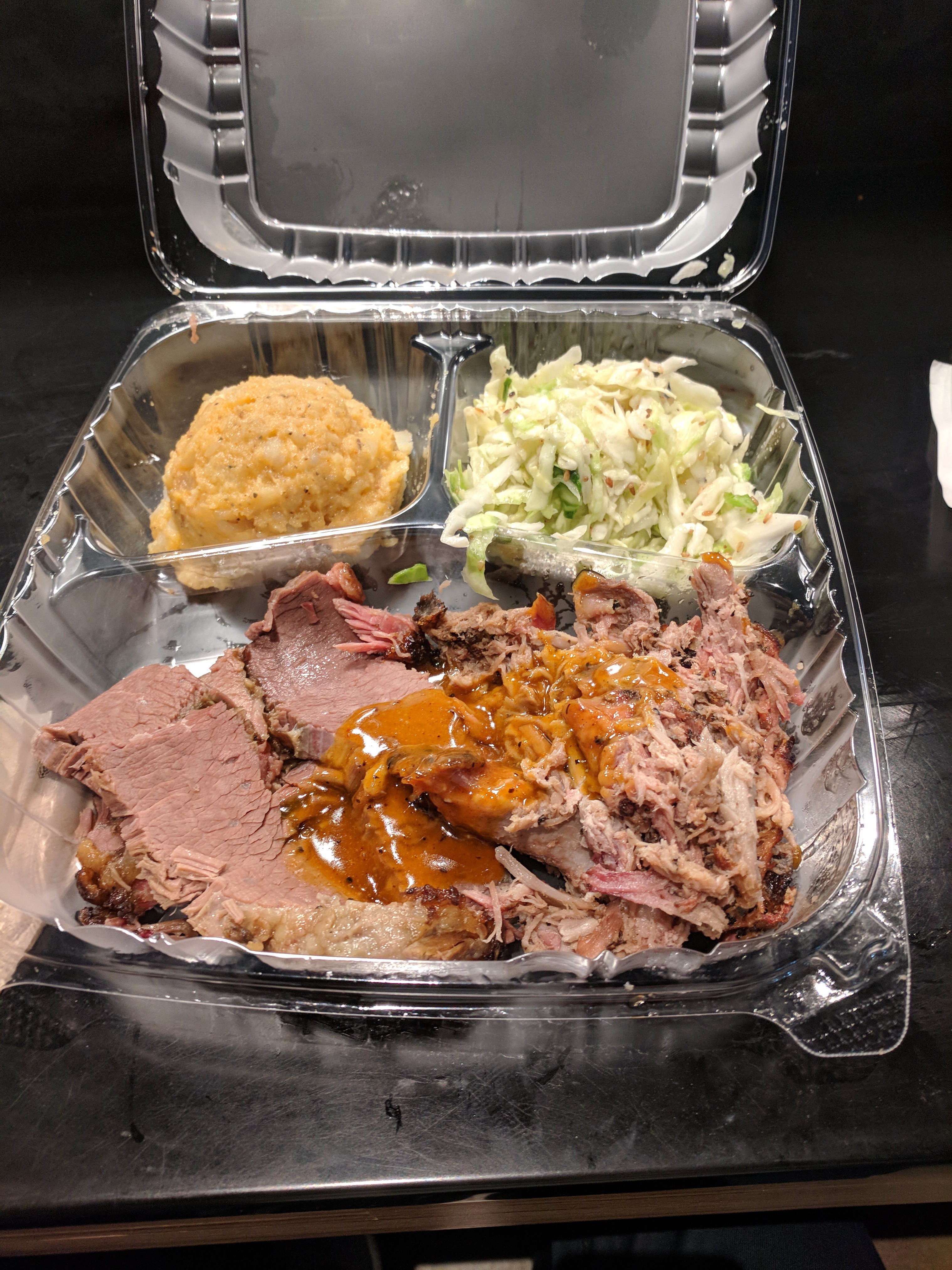 At this point everyone was getting sleepy. We got back on the plane, and I basically fell asleep as soon as we were airborne. 10–11 hours later we were back in wintry Stockholm. 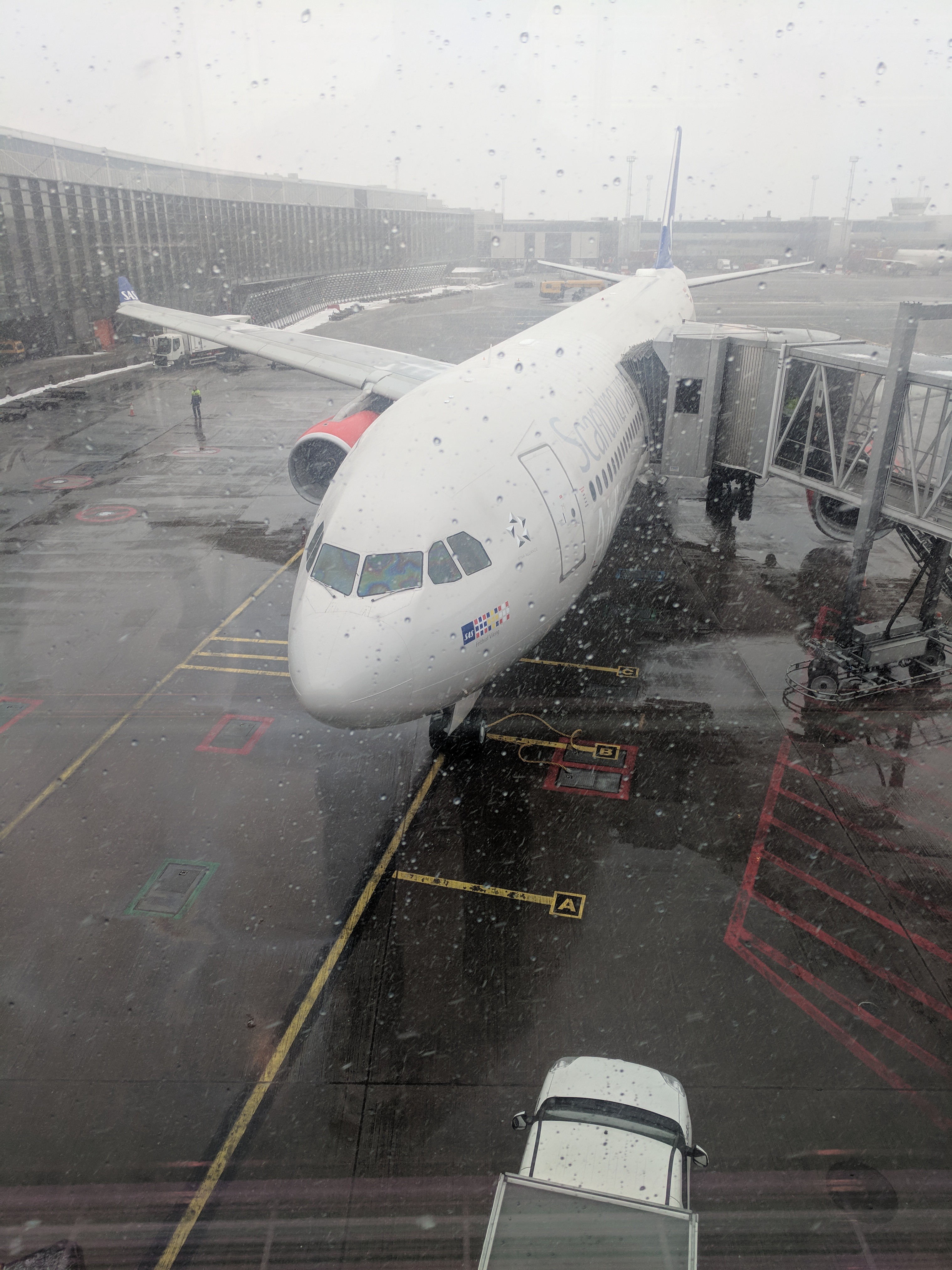 Unfortunately I had booked the cheapest flight I could find back to Malmö, which meant I had about 6 hours to kill at Arlanda airport. However, I was able to take a much needed shower in the lounge, mingled with some frequent flyer friends, and enjoyed some lounge food. 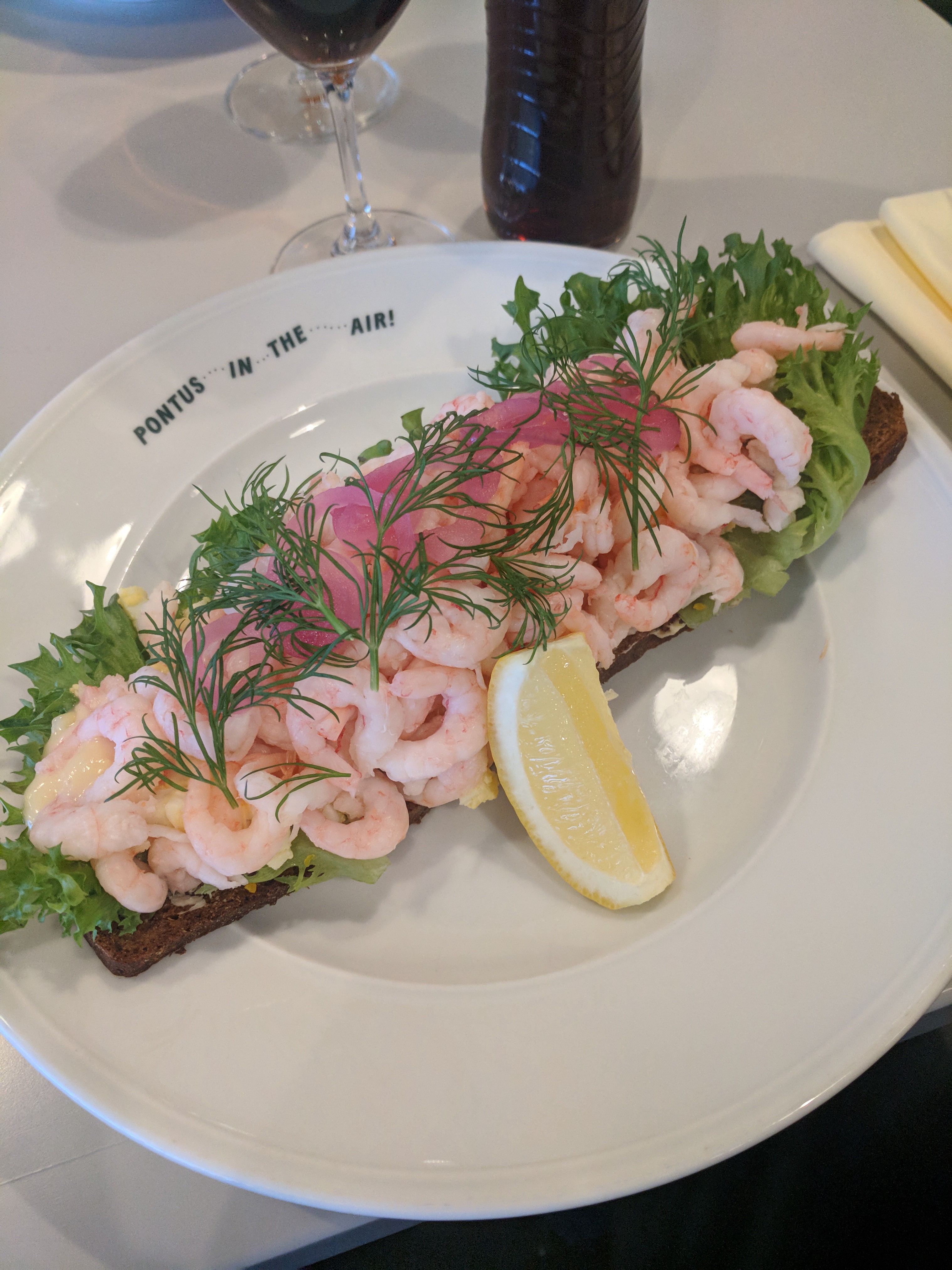 Before I knew it I was flying back to Malmö. I left Malmö at 08.00 on Monday morning, spent about 24 hours in the air, and was back home at around 22.30 on Tuesday evening.