Getting Featured on Google Play Store

Building a good app is difficult. Building a good app that also generates revenue is really difficult. To get some perspective on this, just realize how many apps there are out there. Over 2,000,000 in just the Google Play Store (a bit more than the App Store). Many apps barely have any downloads. Fewer actually generate revenue. 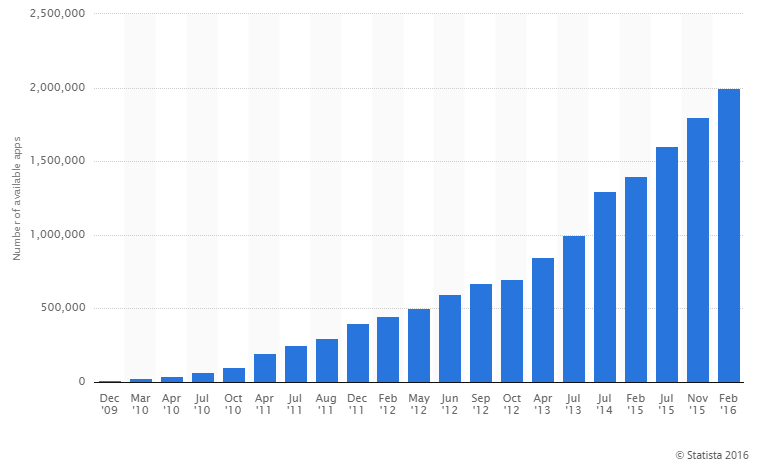 Back in 2010 we started building Unified Remote. The idea was simple. Build an app to control your computer using your smartphone. Why? Because we’re lazy. Why should you have to reach over to your keyboard to change the volume, or fetch your mouse to change song. Today Unified Remote includes over 90 different remote controls for different programs (including Spotify, iTunes, VLC, and much more). It’s available on Android, iOS, and Windows Phone and supports Windows, Mac, Linux, Raspberry Pi, and even Arduino Yún. Yes, we’re on 8 different platforms with a team of two (part-time) developers. 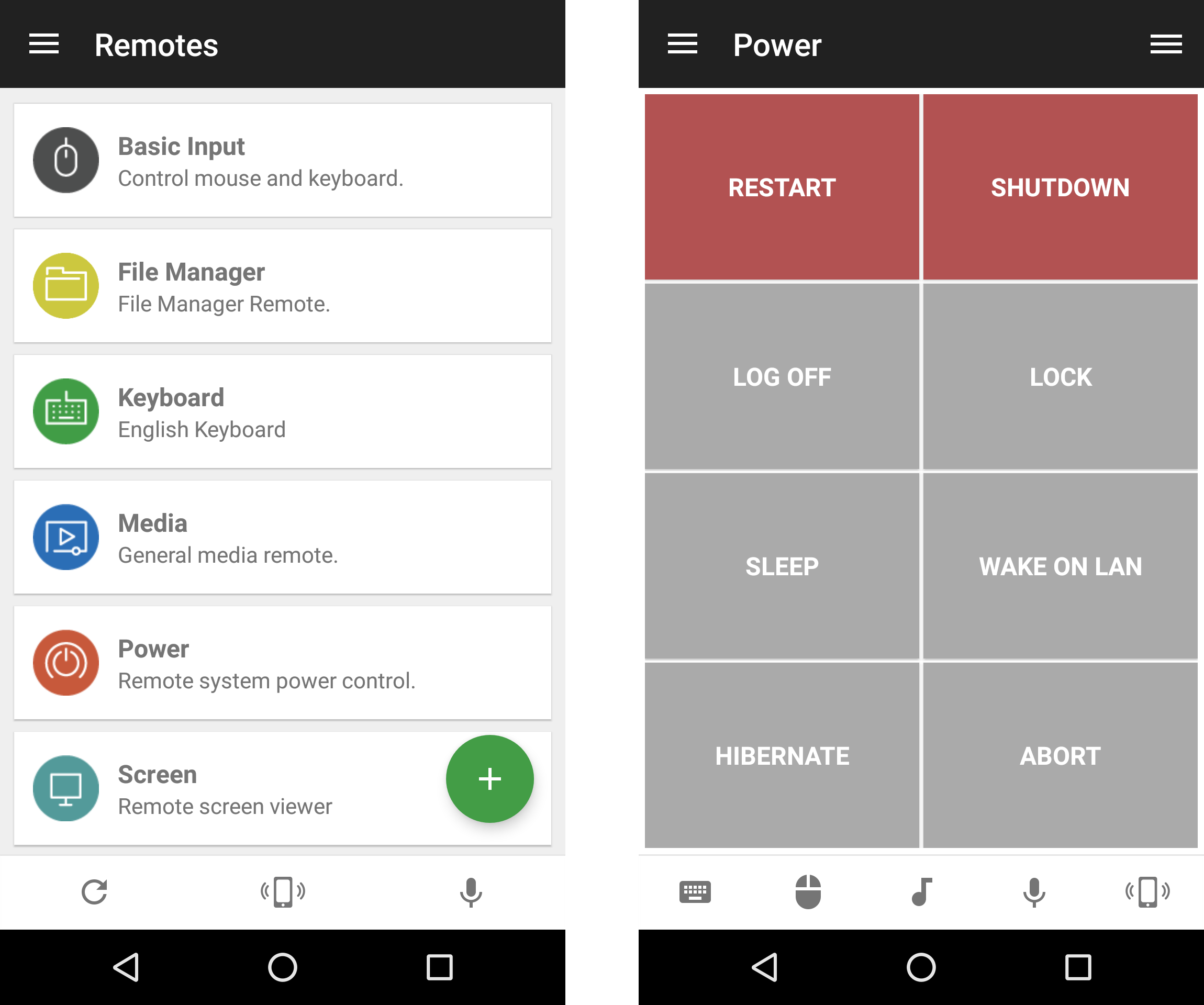 Our growth has been good. It’s been steady, but not explosive. It’s taken a lot of time and effort to get to where we are today. At the time of writing our free app has just under 6,000,000 downloads with about 8,000 to 10,000 new downloads every day. Our paid app has over 200,000 downloads with about 100 new purchases every day. We’re consistently ranked as a top app, a top selling app, and a top app in our category (tools).

Some time ago, Google asked if we were interested in participating in the “Deal of the Week” promotion in Google Play. Of course we said yes. Then, one day, we received a message with a time slot and details. 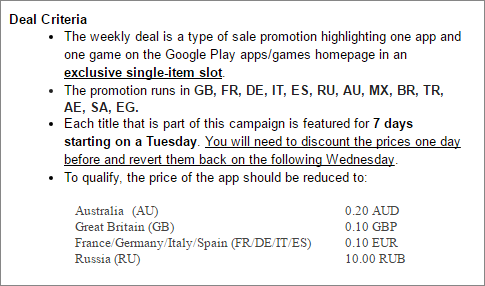 We also had to give them an image. At first we thought we would use our standard “background cover image”. However, we weren’t allowed to use “green” (since Google Play’s brand is green) — which was a problem for us since our brand is green as well. So, we started brainstorming and decided to do something more creative…

Let’s stick a phone in a pile of candy. 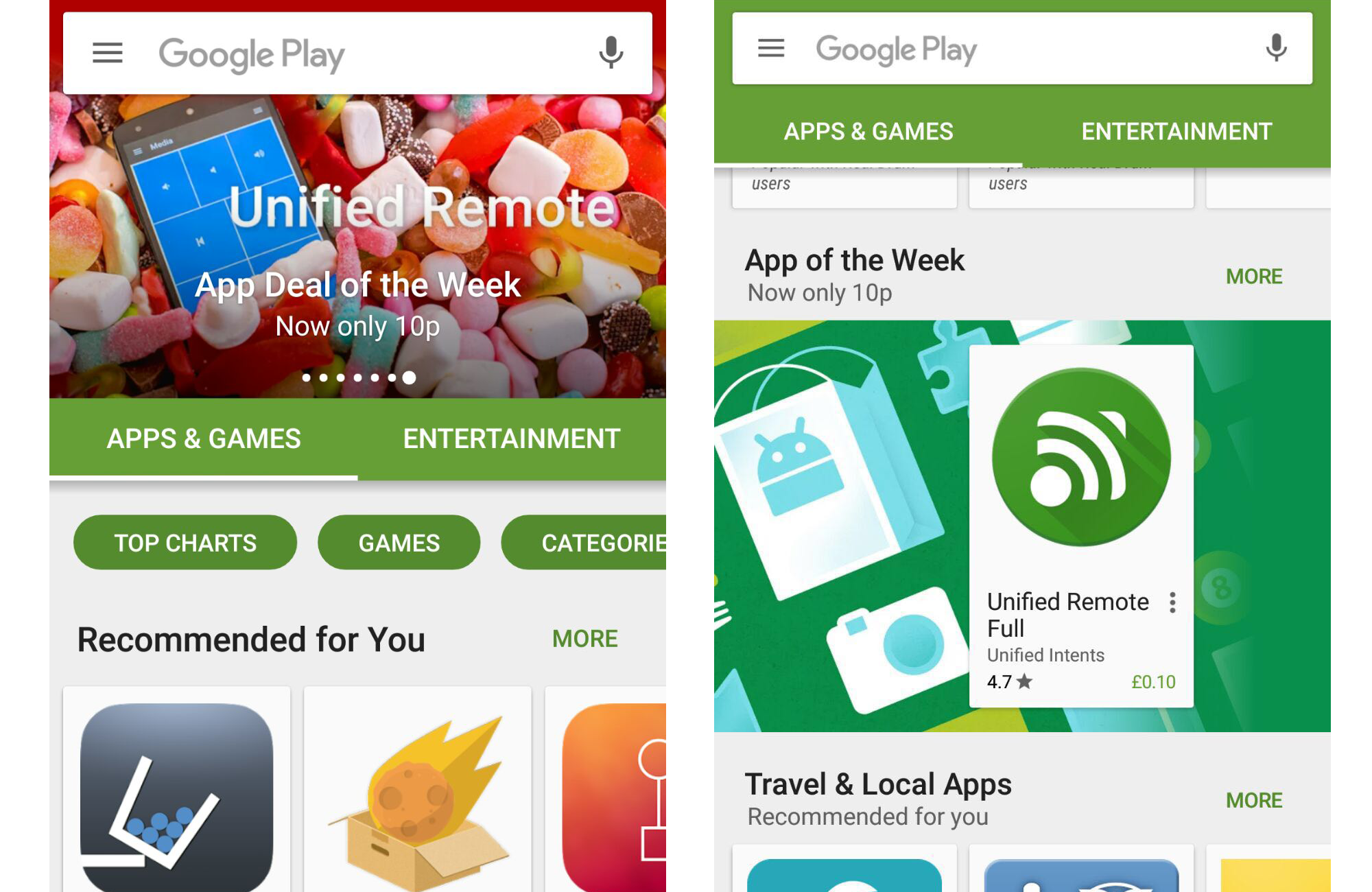 We’ve done promotions before and we’ve had some pretty big sales spikes. But we had never done anything this cheap for this long. We had no major expectations. If there is one thing we’ve learned over the years it’s that there’s no logic to our app downloads/sales figures. Stuff just happens…

Total downloads increased by 10% during the first day 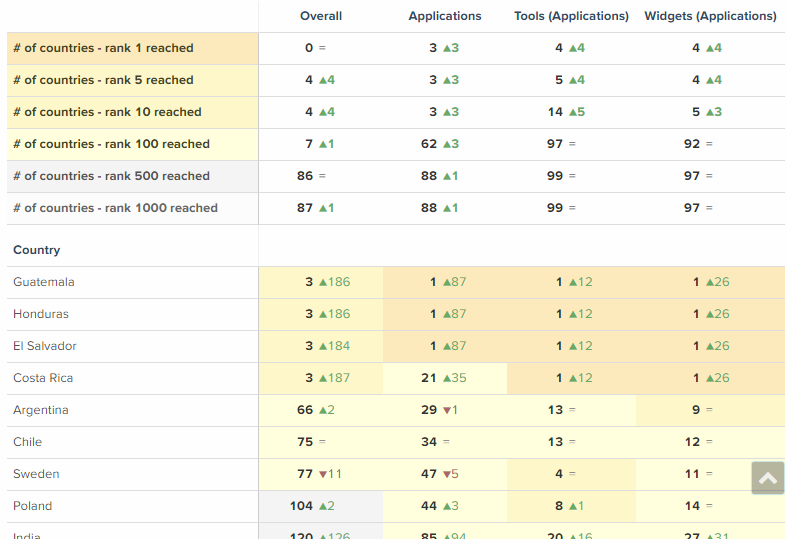 A huge boost in Play Store ratings. We were at 4.73 before the promo. We have some damage control to do… :) 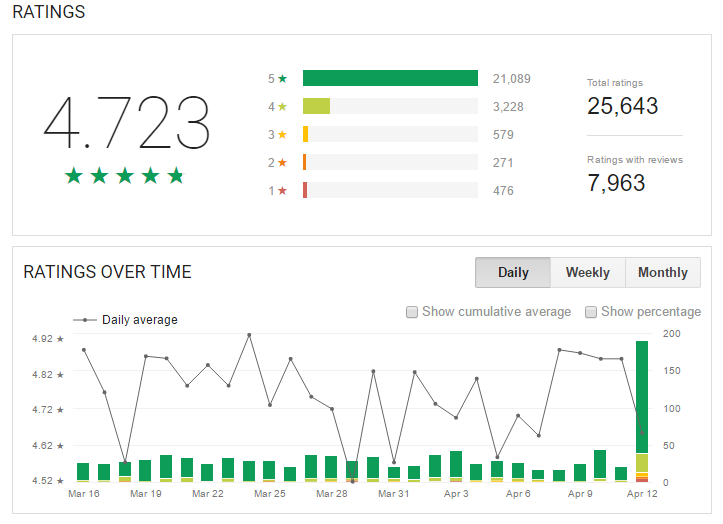 CloudFlare is saving us about 4 TB of server traffic!

We got a pretty big spike in website traffic as well. Most people are just buying the app (not necessarily using it right away). 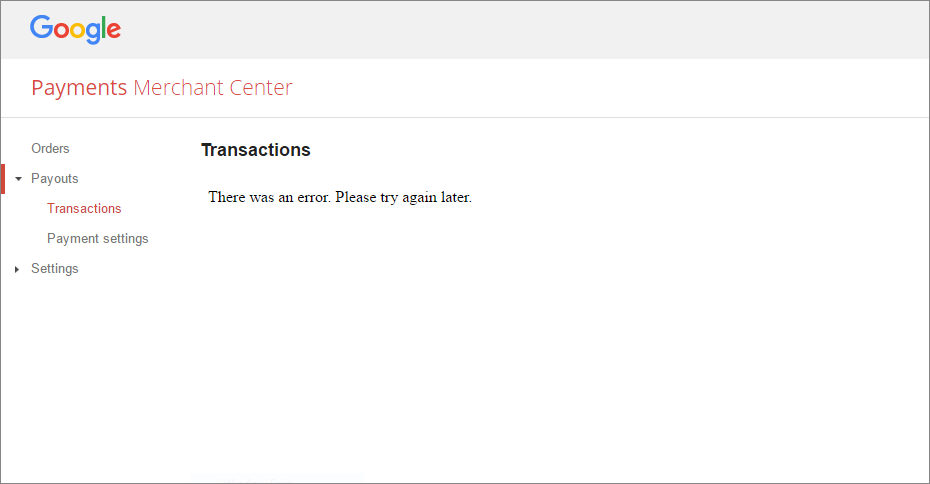 8 pages of Google results in the past 24 hours mentioning “Unified Remote Full” — most of which are “hot deal” sites. 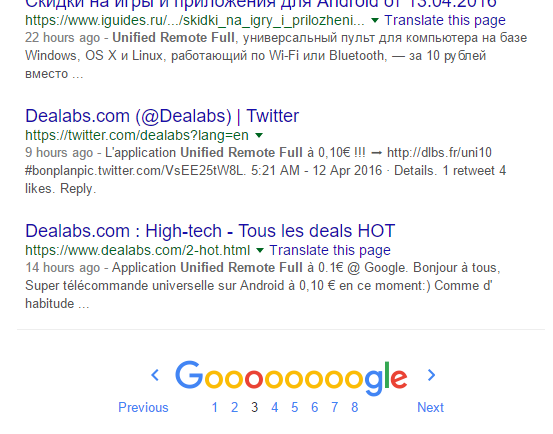 There are some interesting questions to think about now. Will the momentum hold up during the full 7 days? What will happen once the promo ends? Previous 1–2 day sales we’ve done have shown that things go back to normal pretty quickly. But, we’ll have to wait and see what happens this time…

Unified Remote - Remote Control App for your Computer The remote app for your computer. Turn your smartphone into a wireless universal remote control with the Unified Remote…www.unifiedremote.com